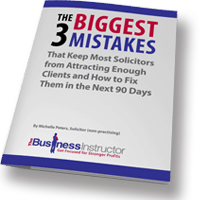 I want to share with you a story about a lawyer named Bob (not his real name, to keep his confidence and spare his blushes).

Bob runs his own practice providing commercial advice to businesses. He has a small team to help him.

Bob came to me a few weeks ago and asked for my help to diagnose where had had the ‘brakes’ on in his practice. In other words, what was stopping him from getting more clients and increasing his profits.

(Bob had attended my ‘Profitable Practice Gameplan’ online training and so knew that he needed to optimise the 3 Essential Elements of a Profitable Practice which are Attract, Convert, and Maximise. And he knew the first step was finding out in which of these three areas he had the brakes on.)

So after getting to know a bit more about him, I spent about 15 minutes asking Bob some questions about what was going on in his practice, so that I could diagnose what might be slowing him down or stopping him from getting more clients and growing his practice.

We looked at how he was attracting new enquiries, how well he was converting them into paying clients, and whether he was maximising fee income and profits from existing clients.

Well, it turned out that Bob’s ‘Attract’ wasn’t working very well. In fact, apart from referrals and repeat clients, none of his marketing or business development activities were bringing him any results.

Bob’s ‘Convert’ was so-so – better with referrals than it was with ‘cold’ enquiries, but he was spending a lot of time talking to prospective clients who often picked his brains for free advice and then didn’t instruct him.

Bob’s ‘Maximise’ was a massive missed opportunity – he was hardly doing anything to encourage existing and past clients to give him more work. Mainly because he didn’t know how to do that without feeling like he was trying to ‘sell’ his services. “I don’t want to become a salesman, that’s not why I became a lawyer” he said.

So, we’d established that Bob had the ‘brakes’ on, in varying degrees, in all three areas of his business. And he told me that although he’d tried various things to ‘fix’ these issues, he’d made no progress in the last 12 months.

Do you want help to diagnose where you have the ‘brakes’ on in your practice? If the answer is ‘yes’ then come to my FREE online seminar training ‘The Profitable Practice Gameplan: How To Get More Clients and Increase Your Profits Without Working More Hours’. In this online seminar, you’ll discover which of your Attract, Convert and Maximise is slowing you down or stopping you from growing your practice and how you can create a Profitable Practice Gameplan to fix that.

Ok, so next I needed to find out the scale of the problem.

I asked him what his current monthly fee income was, and what he wanted to it be.

I asked if there was anything else slowing him down, or stopping him, from moving from £10,000 to £40,000 per month and he said “No – if I could fix these three issues I’m sure I would get those additional fees each month”.

So far so good.

I knew that I could help Bob fix these issues. So I said “The first step is I will help you create a Profitable Practice Gameplan that will set out exactly what you need to do to improve your Attract, Convert and Maximise. It will be for an initial fixed fee of just £400+VAT. After that you can decide if you want more help from me to implement that gameplan, or do it on your own if you prefer.

(Can you guess what happened next….?)

“I can’t afford it” he said. “I don’t have anything in my budget for getting outside help”.

(I expect you’ve heard this kind of thing as well from your own clients….?)

Which means that NOT fixing these issues is costing him £30,000 each month right now.

So the real question is – could he afford not to fix them?

I could see Bob didn’t have the mindset to think like a business owner (rather than just a practitioner) and to see that he needed to invest some time and money into fixing the problems that were costing him £30,000 a month. So I wished him well (with heavy heart), knowing he was unlikely to be anywhere different 12 months from now and that in the meantime he was going to miss out on thousands of pounds of extra fee income. But I can only help those who are open to being helped.

So the two questions I want to leave you with are …..

“What’s it costing you not to get the ‘brakes’ off in your business?”

“What are you prepared to invest to fix that?”

Have a look at your two answers and see if they make sense when put side by side.

Do you want help to diagnose where you have the ‘brakes’ on in your practice? If the answer is ‘yes’ then come to my FREE online seminar training ‘The Profitable Practice Gameplan: How To Get More Clients and Increase Your Profits Without Working More Hours’. In this online seminar, you’ll discover which of your Attract, Convert and Maximise is slowing you down or stopping you from growing your practice and how you can create a Profitable Practice Gameplan to fix that.

Never miss an update! Subscribe to our ‘Friday Focus’ emails and receive growth tips and strategies direct to your inbox

“In a nutshell the whole course [The 5 Step Client Conversion Programme] is extremely valuable – like a revelation, as if one has been working in a perpetual fog all these years and now it has cleared to reveal crystal clear scenery. Every client meeting that we have had since/ during the course has converted!”

“Michelle is a first class business strategist, very result-oriented, keeps you up to the mark and has improved my ratio of time spent on chargeable work by at least 50%.”

I was attracted by Michelle’s experience and understanding of the commercial legal services market, and asked her to review my firm’s marketing and advise what could be improved. She proposed a more coherent strategic approach, based around knowledge/education based marketing. In the succeeding months we have been working together to implement those plans. She has proved to be as good at looking at the detail as at the big picture. It is still early days but I can already see a significant increase in the number of new enquiries, and the percentage who become clients. In the first 6 months of this year, enquiries have increased by 30% and the percentage of those enquiries becoming clients has increased by 36%. Michelle gives good value and I would recommend her to anyone running a practice similar to mine. 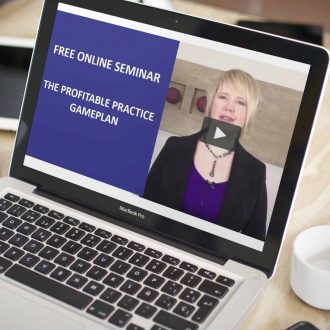 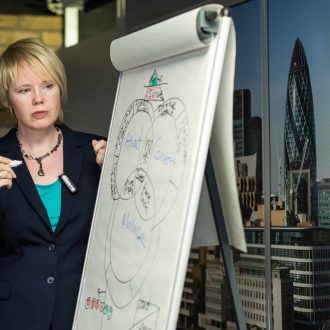 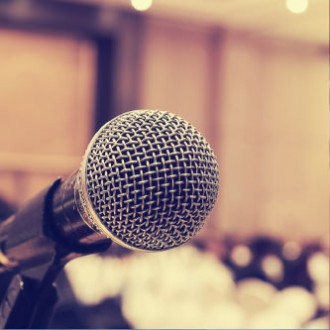 This site uses cookies and by continuing to use this site you agree to their use. Find out more.